Patrick Pearse a film by Louis Marcus. (N6)..1979..13.12.1979..12.13.1979..13th December 1979..A film on the Irish Patriot,Patrick was made by the Director, Louis Marcus.The film was to mark the centenary of Patrick Pearse's birth. The lead role was taken by renowned actor John Kavanagh.Others involved in the production were, Andy O'Mahoney, Niall Tobín,Denis Brennan and Derek Lord..Image shows the lighting director ensuring the correct positioning of the lights prior to filming. 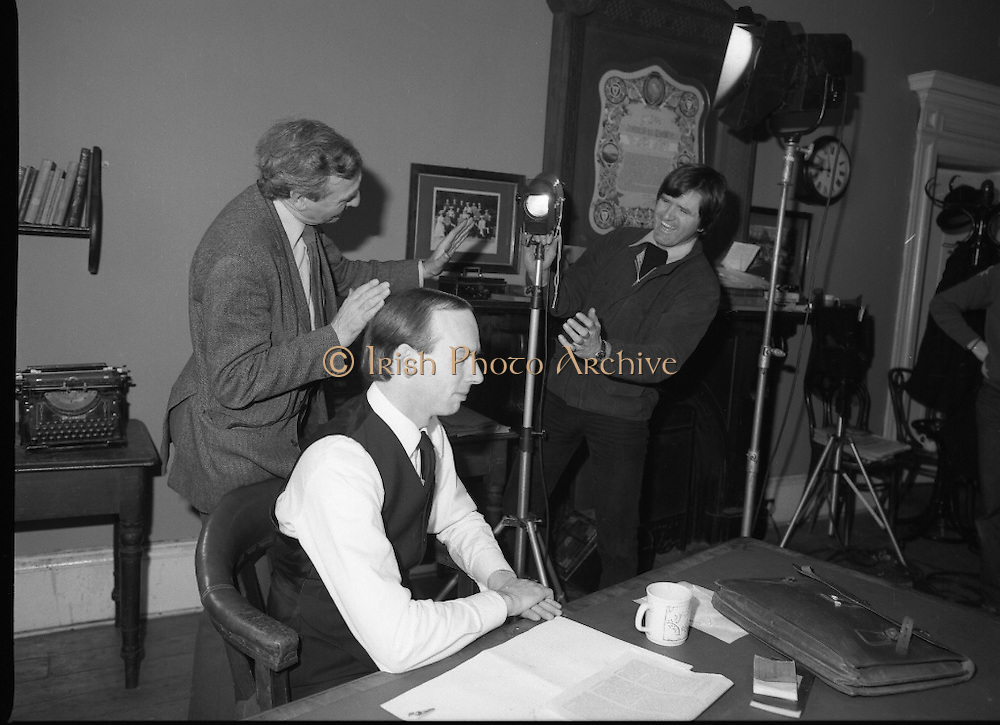