Cemetry at Ballyvoureen, Co Cork .14/07/1958. Ballyvourney is a Gaeltacht village in south-west County Cork, Ireland. Ballyvourney, Baile Bhuirne is a small village in Co. Cork that shelters a locally famous pilgrimage named after a supposed sixth-century Abbess: St. Gobnet. Gobnet, who may have been the brother of a more senior contemporary saint, Abban is generally depicted with a bee-hive, a reference to a story in which she defended herself and her followers from a group of raiders through prayer and the judicious application of bee stings! In the early fifties it was decided by the people of Ballyvourney that a statue of St Gobnet should be erected close to the location of a holy well and a circular stone structure known as St Gobnet's House or Kitchen and long supposed to be the foundations of a round tower. Ballyvourney During construction of the statue a crucible was found and it was decided that M.J. O'Kelly from University College Cork (excavator of Newgrange) should be invited to carry out an archaeological excavation. 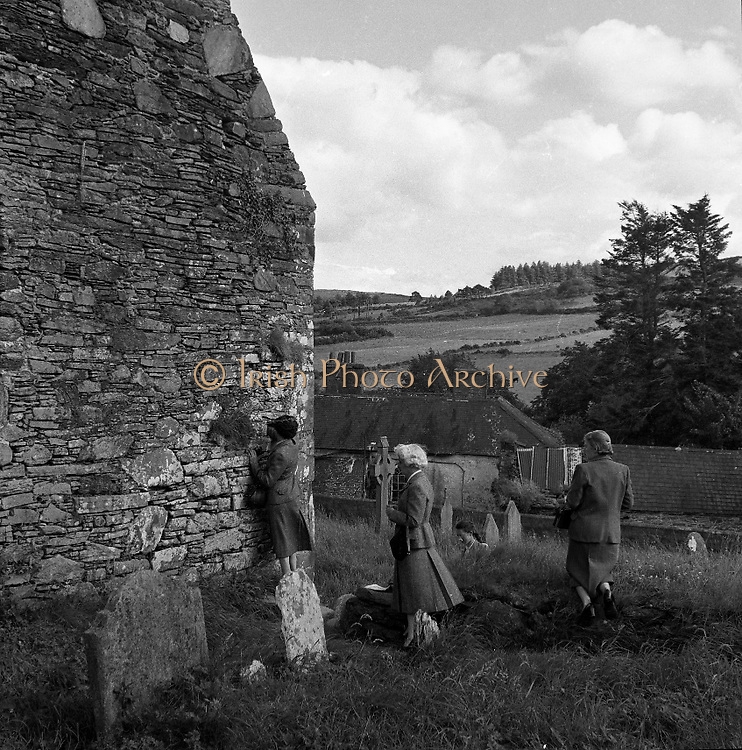