Irish Laureate Women Of Europe Award. (T10)..1989..17.11.1989..11.17.1989..17th November 1989..Speculation regarding the Irish Laureate for the 1989 Women of Europe Award ended today when the Minister for Education, Ms Mary O'Rourke TD, announced that the Irish Laureate for this year is Grainne Kenny. Founder member of EURAD (Europe Against Drugs), and well known for her work as "The drugs lady" in Ireland, Grainne Kenny has been involved in the fight against drugs since 1980. She helped form CAD, Community Action and Drugs and later EURAD. EURAD is has the active co-operation of both the European Commission and Parliament...Picture shows Ms Grainne Kenny being congratulated, on her achievement in winning the award,by Minister for Education,Mary O'Rourke TD. 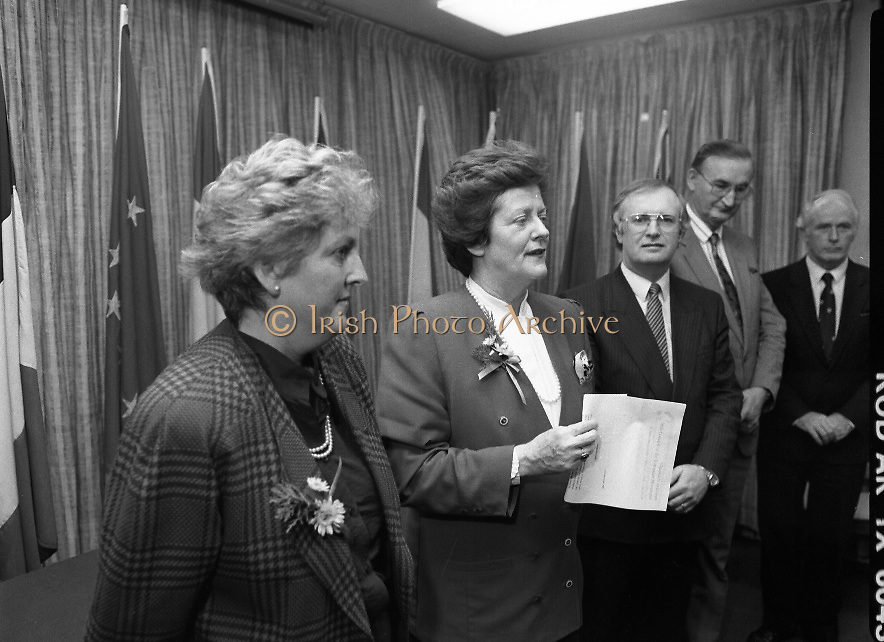