Image shows the Apollo 13 astronauts being met by dignitaries on the tarmac at Dublin Airport. 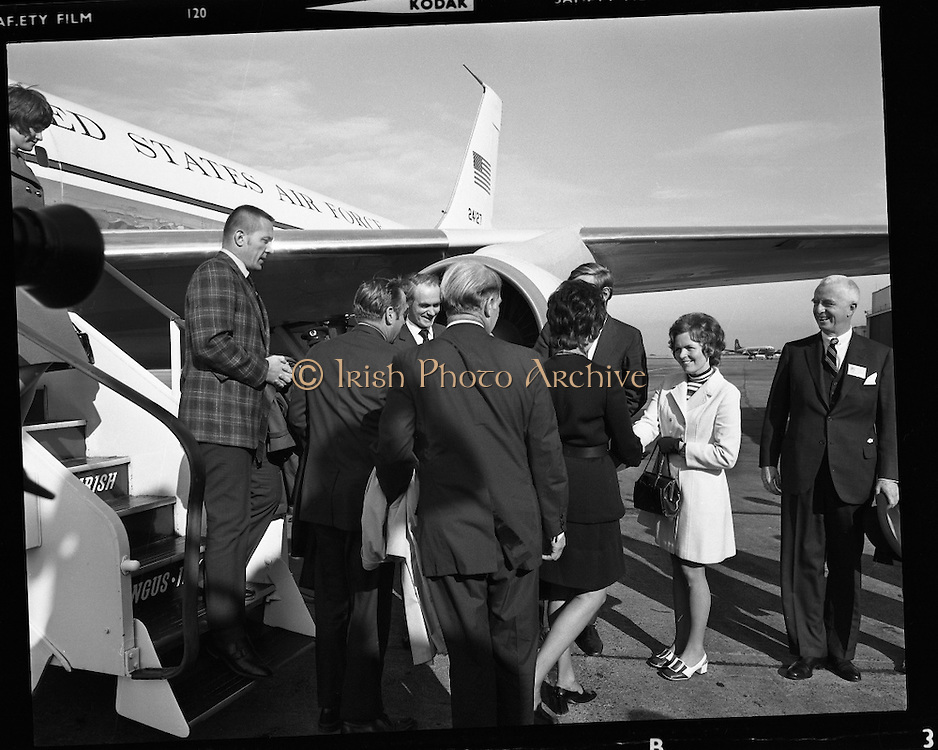