Man-engine or movable ladder, also called The Man Lifter, various designs of which were adopted in Cornish mines. This model was at Tresavean Mine, Cornwall, said to be the first mine to install one. Powered by the steam engine at the pithead and moved with the regular stroke the miners moved alternately from footholds on A and B in the pause at the end of each stroke. Before the installation of man-engines, it could take men more than an hour to climb down vertical ladders to reach the working level. From 'The Playbook of Metals' by John Henry Pepper (London, 1862). 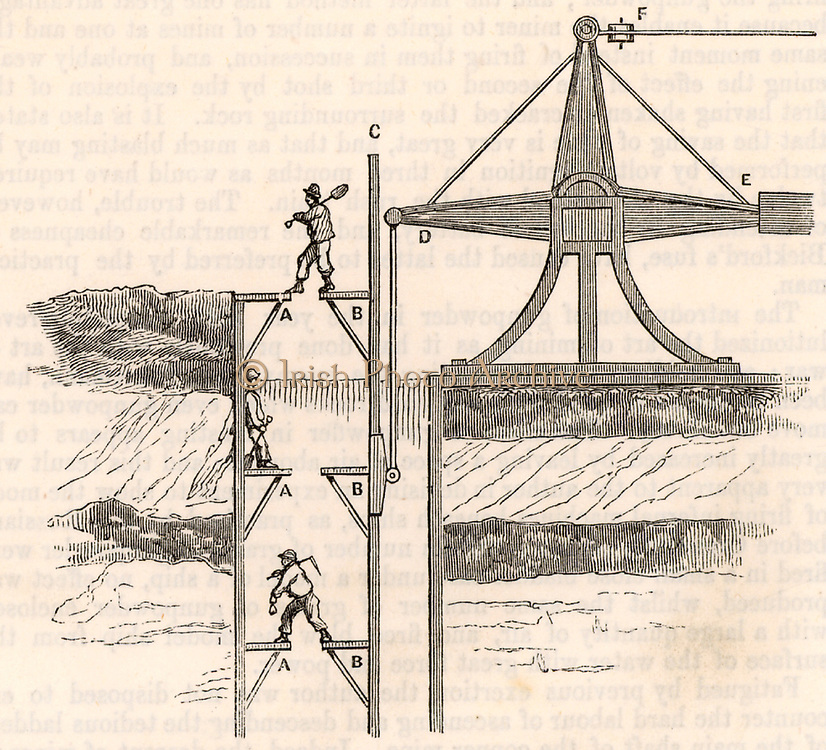