Great Eastern' on the stocks in John Scott Russell's (1808-1882) yard at Millwall on the Thames. Broadside view from the river. Double-hulled, of all iron construction, and powered by four steam engines driving both paddle wheels and screw propeller, she was intended for the passenger trade between Britain and Australia and India. After a few troubled passenger voyages she was sold for £25,000, a fraction of the building cost of probably £500,000, and converted to a cable laying ship In this role she was used in laying the Atlantic Telegraph Cable in 1865-1866, and other similar projects. She was Isambard Kingdom Brunel's (1806-1859) last great project. He collapsed on her deck on her launch in 1858 and died a few days later. From 'The Illustrated London News'. (London, 7 November 1857). Chromolithograph. 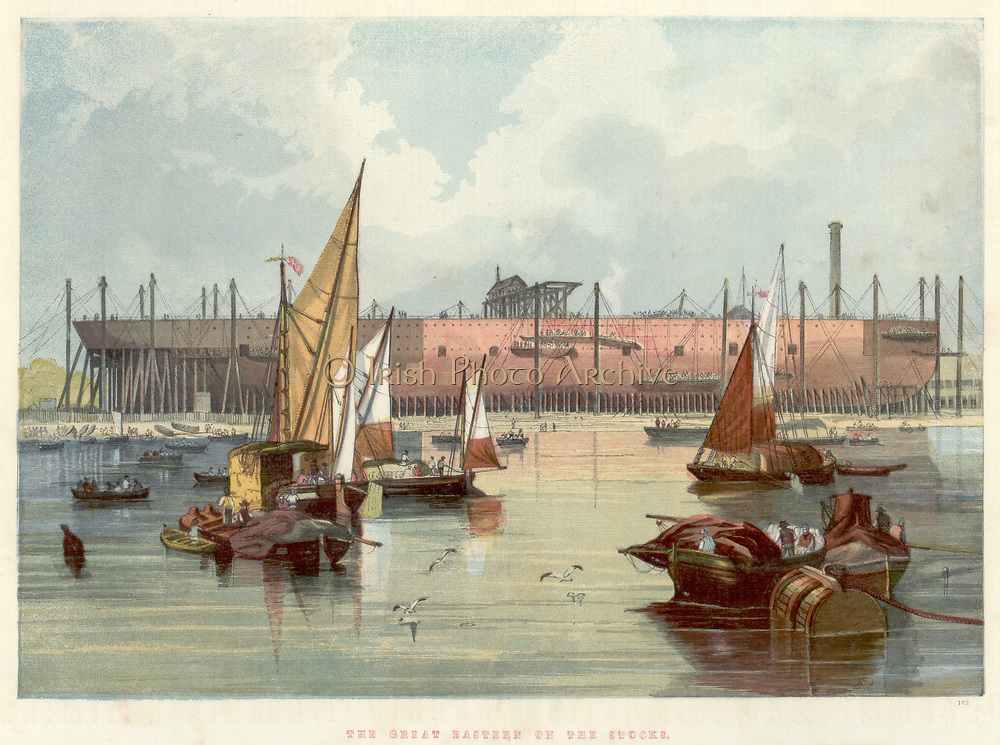