In 1908 James Ennis, Séamus's father, was in a pawn-shop in London. Ennis bought a bag of small pieces of Uilleann pipes. They were made in the early nineteenth century by Coyne of Thomas Street in Dublin. James worked as a civil servant in Naul, Co Dublin. In 1912 he came first at the Oireachtas competition for warpipes, second at Uilleann pipes. He was also a prize-winning dancer. He married Mary McCabe in 1916. They had six children, including Séamus, who was born on May 5 1919 in Jamestown in Finglas, North County Dublin. James Ennis was a member of the Fingal trio, which included Frank O'Higgins (fiddle) and John Cawley (flute). They performed on the radio. At the age of thirteen, Séamus started receiving lessons on the pipes from his father. He attended the all-Irish schools at Scoil Cholm Cille and Colaiste Mhuire, which gave him a knowledge of the Irish language as well as English. He sat an exam to become Employment Exchange clerk but was too far down the list to be offered a job. He was twenty and unemployed.

Colm Ó Lochlainn was editor of "Irish Street Ballads" and a friend of the Ennis family. In 1938 Séamus confided in Colm that he intended to move to England to join the British Army. Colm immediately offered him a job at The Three Candles Press. There Séamus learned all aspects of the printing trade. This included writing down slow airs for printed scores - a skill which later proved important. Colm was director of an Irish language choir, An Claisceadal, which Séamus joined. In 1942, during The Emergency, shortages and rationing meant that things became difficult in the printing trade. Professor Seamus O Duilearge of the Irish Folklore Commission hired the 23-year old to collect songs. He was given "pen, paper and pushbike" and a salary of three pounds per week. Off he we 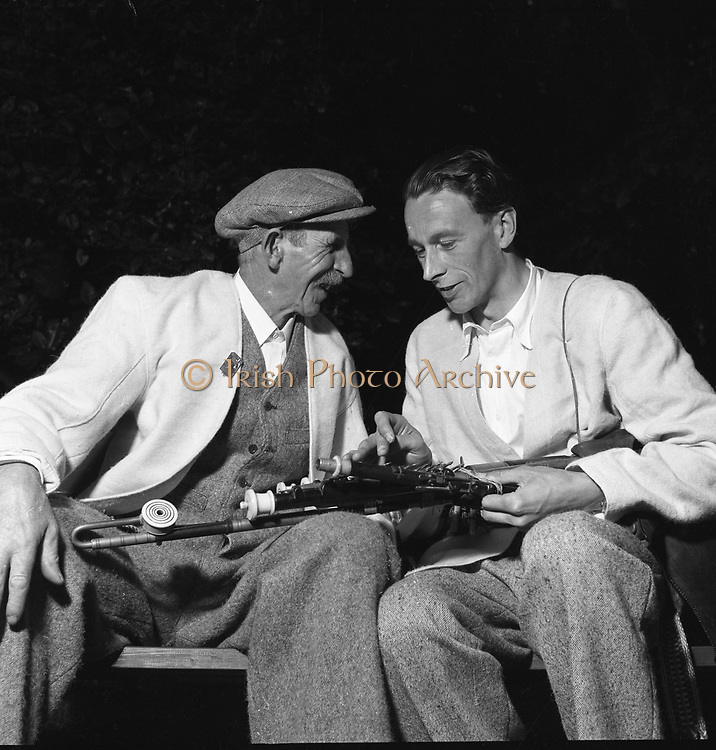