The General Post Office, GPO, During the 1916 Rising the GPO was one of three Dublin landmarks—the Four Courts and the Custom House being the others—to be destroyed in the fighting. On Easter Monday 23 April 1916 it became a key positional point for the rebels during the Rising. The GPO was rebuilt and reopened in 1929. Cuchulain, one of the greatest heroes of Irish mythology and legend, was a warrior in the service of Conchobhar, king of Ulster. 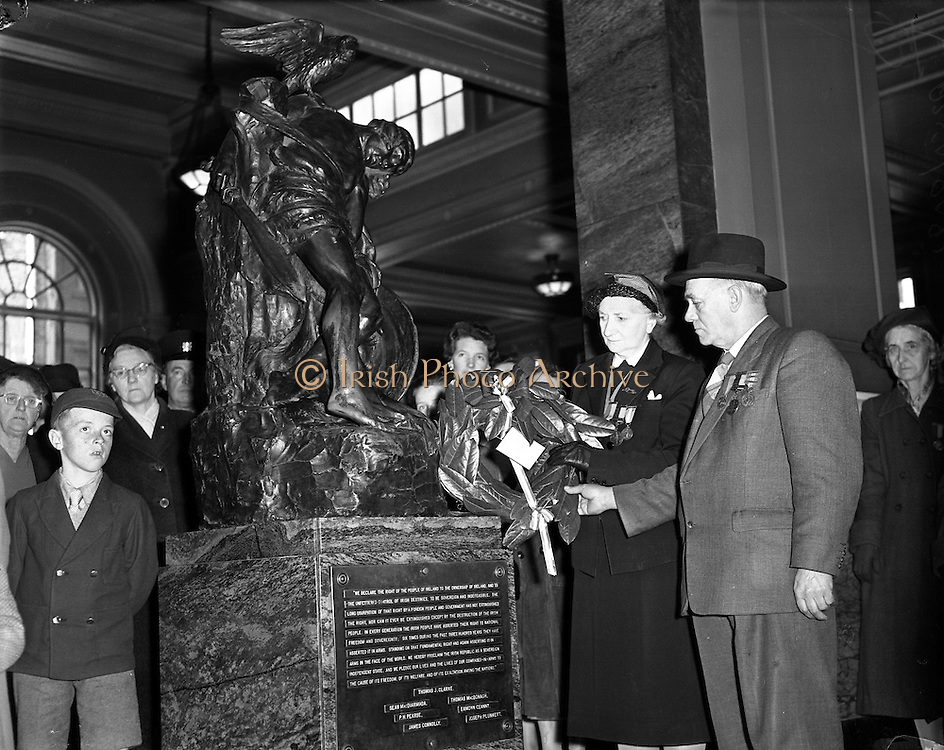