image created with data acquired by the Atmospheric Infrared Sounder instrument (AIRS) on NASA's Aqua satellite during July 2009. shows large-scale patterns of carbon dioxide concentrations that are transported around Earth by the general circulation of the atmosphere. Dark blue corresponds to a concentration of 382 parts per million and dark red corresponds to a concentration of almost 390 parts per million. The northern hemisphere mid-latitude jet stream effectively sets the northern limit of enhanced carbon dioxide. A belt of enhanced carbon dioxide girdles the globe in the southern hemisphere, following the Zonal flow of the southern hemisphere mid-latitude jet stream. This belt of carbon dioxide is fed by biogenesis activity in South America (carbon dioxide is released into the atmosphere through the respiration and decomposition of vegetation), forest fires in both South America and Central Africa, and clusters of gasification plants in South Africa and power generation plants in south eastern Australia. 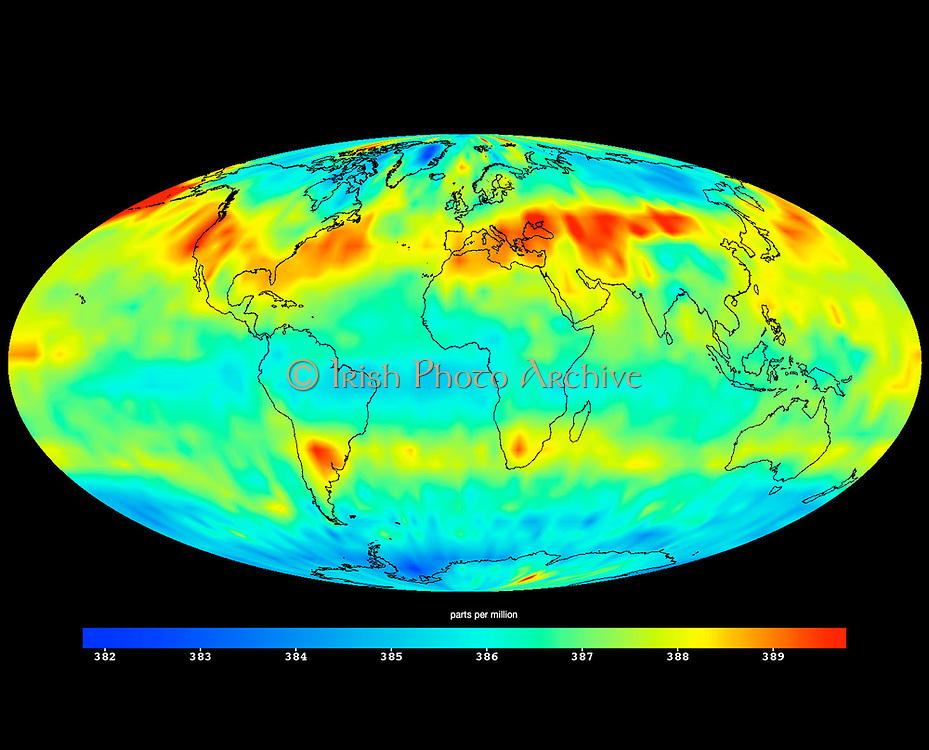