View of O'Connell Street, Dublin (Irish Baile Atha Cliath), capital and largest city of the Republic of Ireland (Eire, Ireland) at the east coast and the mouth of the river Liffey at Dublin Bay. O'Connell Monument, the memorial to Daniel O’Connell, 19th century nationalist leader, by sculptor John Henry Foley which stands at the entrance to the street named after him.The Nelson Pillar known locally as Nelson's Pillar or simply The Pillar, was a large granite pillar topped by a statue of Horatio Nelson in the middle of O'Connell Street (formerly Sackville Street) in Dublin. It was built in 1808-1809 and was destroyed by a bomb planted by Irish Republicans in 1966. 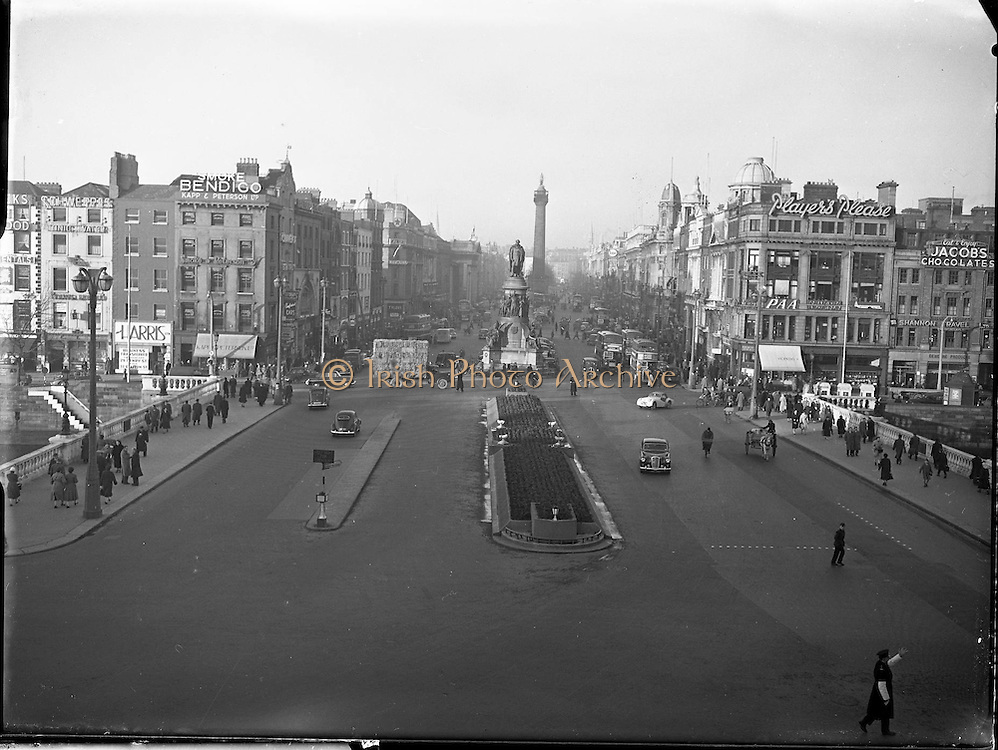