Io Volcano Culann Patera . What causes the unusual colours surrounding Io's volcanoes? Io, the innermost large moon of Jupiter, is known to be the most tumultuous body in the Solar System. Approximately the size of Earth's Moon, Io undergoes nearly continuous volcanic eruptions from an interior heated by gravitational tides from Jupiter and Jupiter's other large moons. The robot spacecraft Galileo currently orbiting Jupiter has been monitoring the active volcano Culann Patera over the past few years. The above images indicate that the volcano has produced not only red and black collared lava flows, but yellow sulphur patches from explosive plumes. Green colours may arise when these processes affect the same terrain. White patches may be caused, in part, by sulphur dioxide snow. As Galileo has fulfilled its mission objectives and is running low on manoeuvring fuel, NASA plans to crash the spacecraft into Jupiter during 2003. 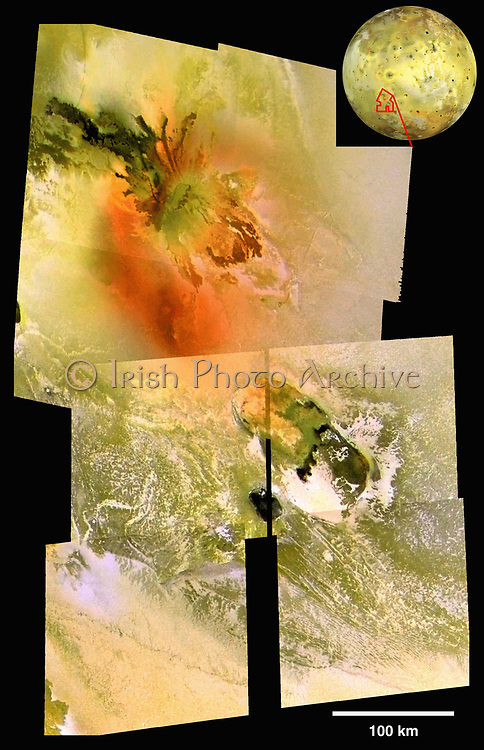