Irish Scout Jamboree .at Portumna Co Galway.1985..31.07.1985.07.31.1985.31st July 1985..The President Dr Patrick Hillery officially opened The Irish Scout Jamboree. The President,who arrived by helicoptor,was greeted by Camp Chief, Michael Webb, and a guard of honour of senior scouts. Amoung the invited guests from church and State was Mr Nicholas Scott,the Northern Ireland Office, Minister for Education..Ten thousand scouts took part in the jamboree. The Jamboree was a first in that for the first time the three scouting organisations within Ireland came together. The Scout Association of Ireland,The Catholic Boy Scouts of Ireland and The Northern Ireland Scout Council..Image shows that scouting is not only for boys as Cliona and Cormac share a hug. 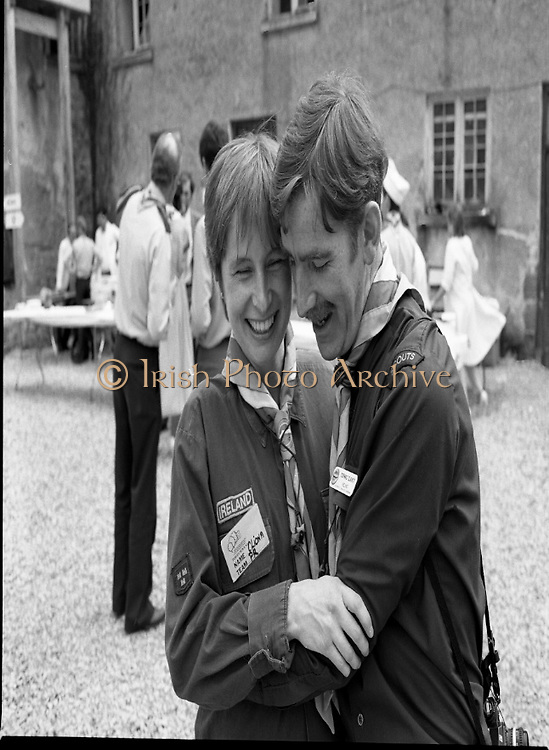