engraving, of A. V. D. Venne by J. Verstraelen, shows Prince Maurits of Nassau, lying stretched out on a state bed, the curtains slid open. Right a hellebardier, kneeling in the foreground two pages with the Nassau Weapons plate.Maurice of Nassau, Prince of Orange (Dutch: Maurits van Nassau) (14 November 1567, Dillenburg – 23 April 1625) was sovereign Prince of Orange from 1618, on the death of his eldest half brother, Philip William, Prince of Orange, (1554–1618). Maurice was stadtholder of the United Provinces of the Netherlands from earliest 1585 until his death in 1625. 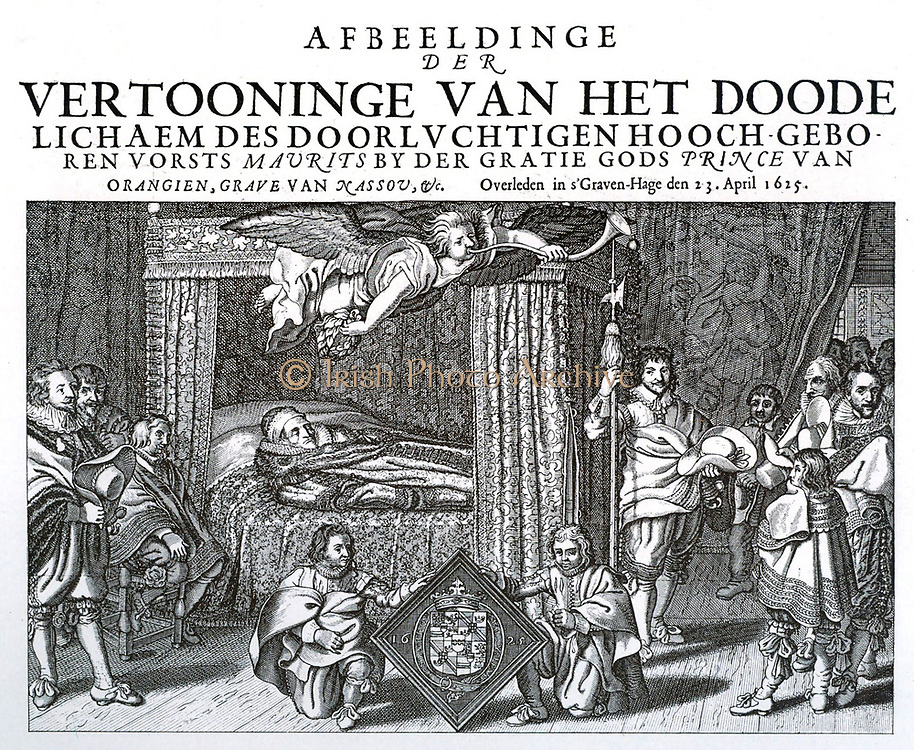