Delhi is the second largest metropolis in India, with a population of 16 million. Located in northern India along the banks of the Yamuna River, Delhi has the status of a federally-administered union territory. Within it is the district of New Delhi, India's capital. Delhi is one of the oldest continually inhabited cites in the world, with traces of human occupation dating to the second millennium BC. The image was acquired September 22, 2003, 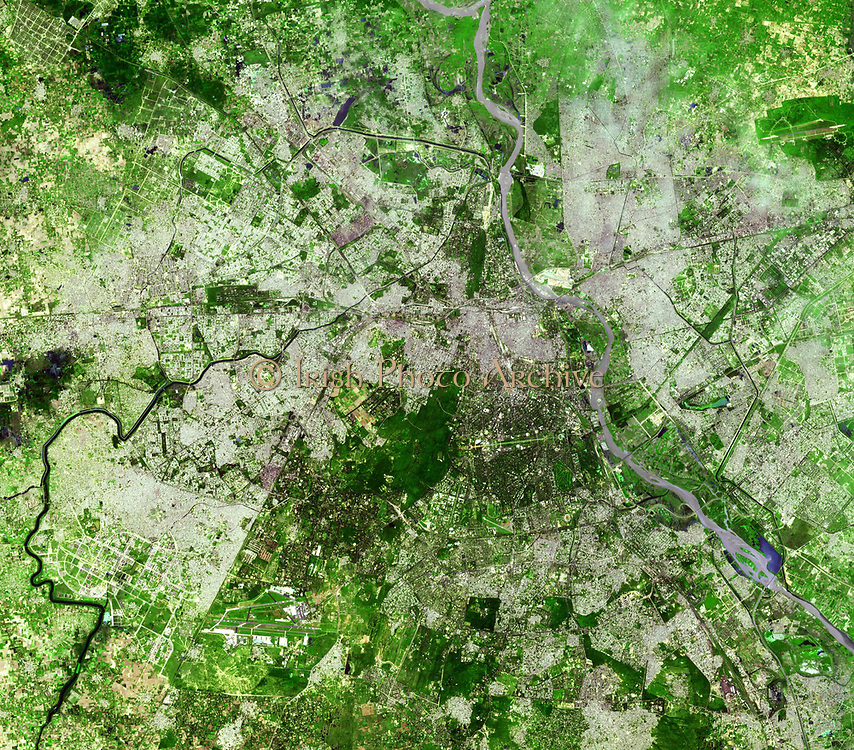