The bodhisattva Maitreya, Pakistan, Gandhara, 3rd century painted and gilded slate. Maitreya, the Buddha of the future, is making the abhaya mudra, or 'fear not' gesture. His webbed fingers are a sign of his divine nature. This figure shows that Buddhist art in Gandhara, which was in contact via trade routes with religions around the Mediterranean Sea, was influenced by Greco-Roman sculpture. The drapery folds of the Maitreya's lower garment, for instance, recall Roman figures, while his hairstyle is based on representations of the Greek god Apollo. 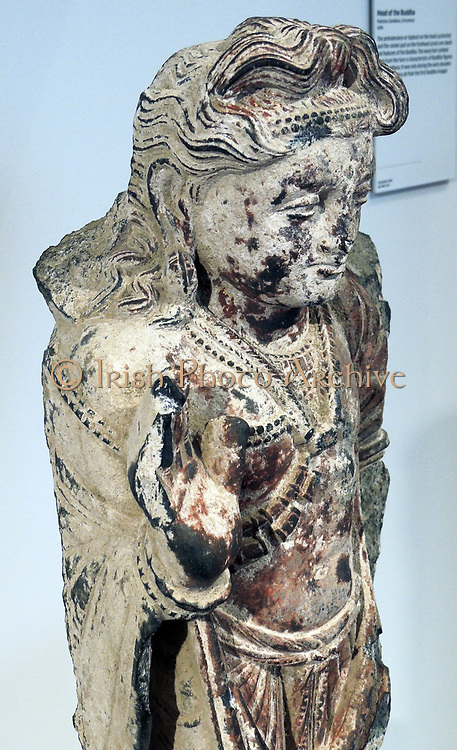