Olaf Gulbransson, Simplicissimus, November 1913. The Zabern Affair: 'The Alsatian Bogeyman' (1913) . Germany annexed Alsace-Lorraine in 1871; this followed the French defeat in the Franco-Prussian War. The administration of the province was difficult, since the local population resented being incorporated into Germany. The conflict between civilians and Prussian military authorities culminated in the so-called Zabern Affair of 1913, which occurred in the Alsatian town of the same name. It began when a Prussian lieutenant used the derogatory term 'Wackes' to refer to an Alsatian recruit. The story appeared in the French and German press, and the lieutenant faced threats and heckling from the local population, who believed that he had insulted Alsatians in general. The army responded by imprisoning local citizens. The cartoon shows small, powerless Alsatian citizens and a larger-than-life Prussian officer, who scoops up frightened villagers. 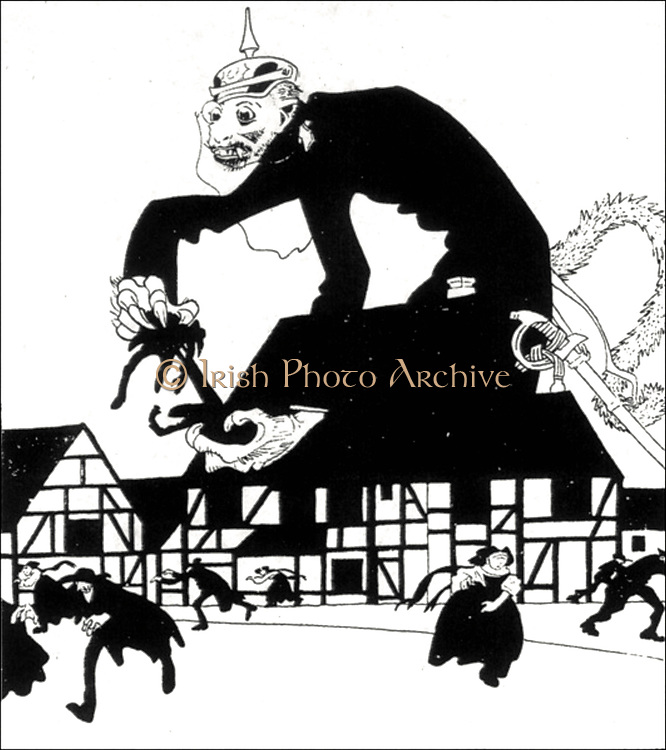