On March 14, 2011, the Advanced Space borne Thermal Emission and Reflection Radiometer (ASTER) instrument on NASA's Terra spacecraft captured an image of the north-eastern Japan coastal cities of Ofunato and Kesennuma, about 90 kilometres (55 miles) northeast of Sendai. This region was significantly affected by the tsunami that followed the March 11, 2011, magnitude 9.0 earthquake centred offshore about 130 kilometres (80 miles) east of Sendai. This before-and-after image pair reveals changes to the landscape that are likely due to the effects of the tsunami. The new image is on the left. The image on the right was acquired in August 2008. Areas covered by vegetation are shown in red, while cities and unvegetated areas are shown in shades of blue-grey. When compared closely, vegetation is no longer present in many coastal areas in the new image, particularly around Kesennuma, a city of about 73,000. The population of Ofunato is about 42,000. These changes are most likely due to the effects of the tsunami. 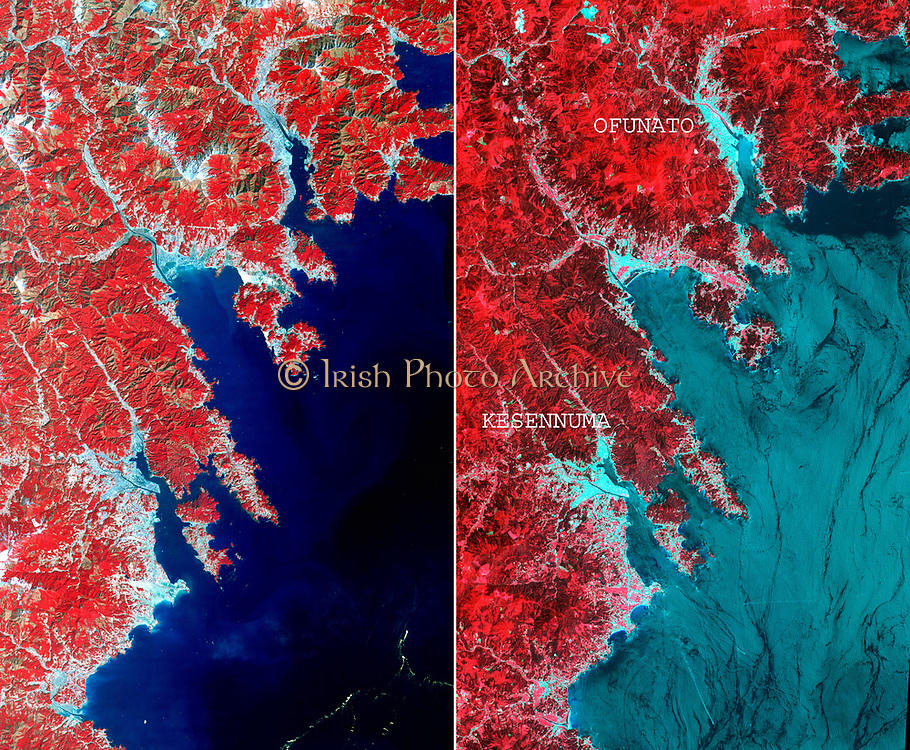