Rory O'Connor (dancing) with Accordion Player (unknown) and DIn Joe/Denis Fitzgibbon (on right) star in Take the Floor.11/04/1957..Popular Irish radio broadcaster of the 1950s Denis ?Din Joe? Fitzgibbon was born in Cork city and educated at the Presentation College. He played rugby for Dolphin and Munster. He studied accountancy and after working for Batchelors Foods in Dublin joined the motor trade with Ford's Smithfield Motors, working his way up to manager of Toyota Ireland in 1975..But his distinctive clear voice blended with a Cork accent was to give him a second career in radio. In the early 1950s he took part in a quiz show with Joe Linane and ?Din Joe? was introduced to the Irish public..By 1953 he was hosting his own recorded radio entertainment show, Take the Floor, the main feature of which was Irish dancing (music supplied by the Garda Ceili Band) but including music, storytelling and humour. His programme, hosted at venues throughout the country, made household names of the Rory O'Connor Dancers (see video below), harpist Kathleen Watkins (later to marry Gay Byrne) and actor Eamonn Keane..Din Joe has gone down in modern Irish lore as the radio host who introduced Irish dancing on radio. His live style was so vivid that it seemed audio-visual. As can been seen in a section of the YouTube video, he also used to call out the moves in the same manner as was done at American barn dances..Apart from Take the Floor, he would go on the host Round the Fire and Can You Beat It?, a series that inspired his book of humour Laughter Unlimited With Din Joe, published by Mercier in 1957. His stories and anecdotes took a wry look at aspects of life at home and abroad..Din Joe knew his strengths and didn't take to television work in the 1966 on a show called Be My Guest and returned to radio. Long after his show ceased in 1978, mere mention of ?Din Joe? or Take the Floor would raise quizzical eyebrows at the mere thought of dancing on the radio..Denis ?Din Joe? Fitzgibbo 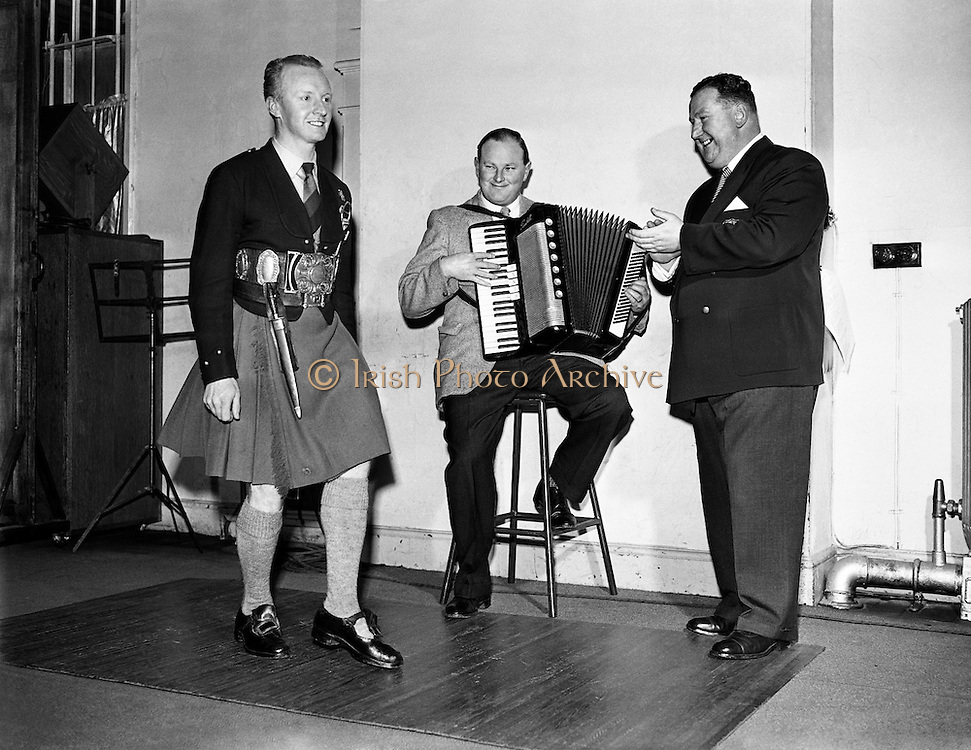