Bird Migration. The lantern of the Eddystone lighthouse built on the Stone 13 miles South-east of Polperro, Cornwall, England, being used to observe migrating birds. This practice began in the Autumn of 1878. The pun on Edison's name in the caption is because in September 1878 Thomas Alva Edison said he would invent a safe, mild and cheap electric light which would supersede gaslight in millions of dwellings. The Eddystone light was oil. Cartoon by Charles Samuel Keene (1823-1891) from 'Punch'. 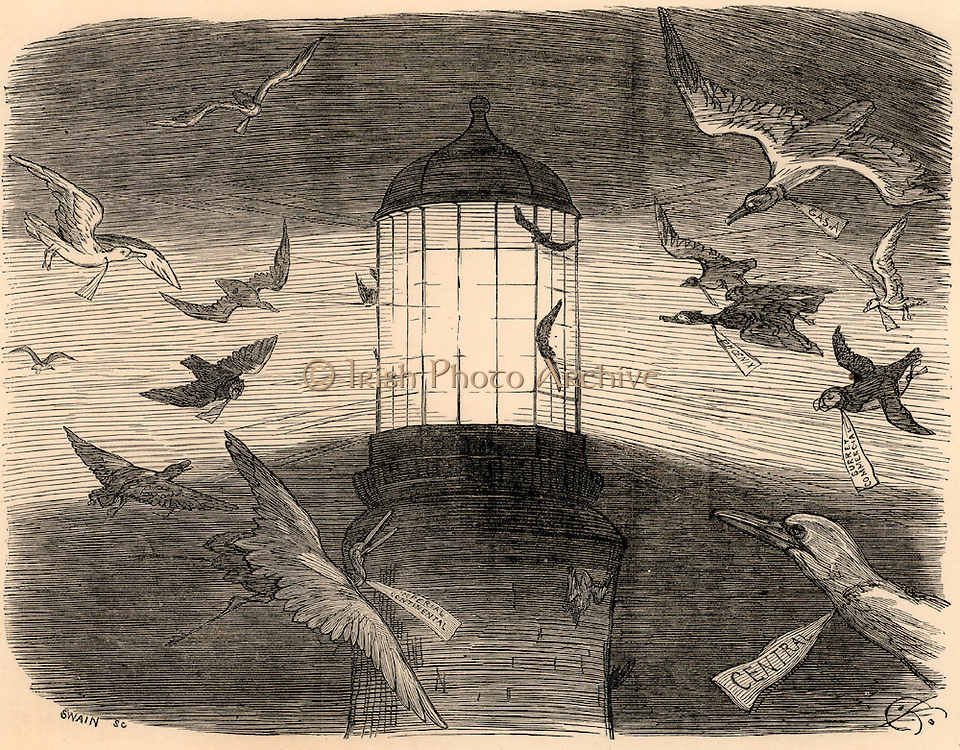