William GGV Vernon Harcourt (1827-1904) English lawyer and Liberal statesman, one of the great Parliamentarians of the late 19th century. Home Secretary (1880-1885), Chancellor of the Exchequer (1886 and 1892-1895) who introduced death duties. Leader of the Liberal Party and of the Opposition (1896-1898). He introduced the Ground Game Act, giving occupiers of land equal rights to kill game on a property as their landlords. Hence the pun on his name in the legend which calls him Harecaught. Cartoon by Edward Linley Sambourne in the Punch's Fancy Portraits series from 'Punch' (London, 2 October 1880). 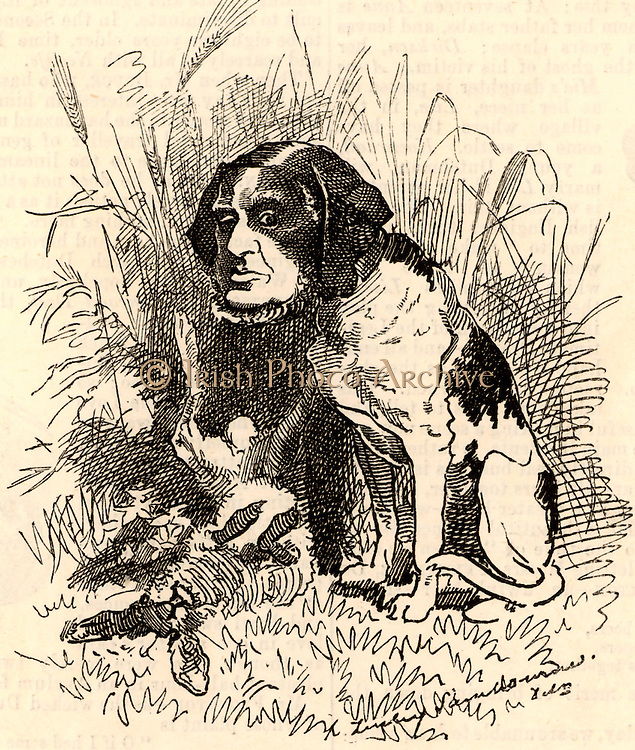