Group of Frankish objects, some decorated with garnet cloisonne, believed to be from a double male and female burial. The similarity between these objects and those from Finglesham reveals close ties between France and Kent in this period. The Franks were a West Germanic tribal confederation in the third century AD as living north and east of the Lower Rhine River. From the third to fifth centuries some Franks raided Roman territory while other Franks joined the Roman troops in Gaul. 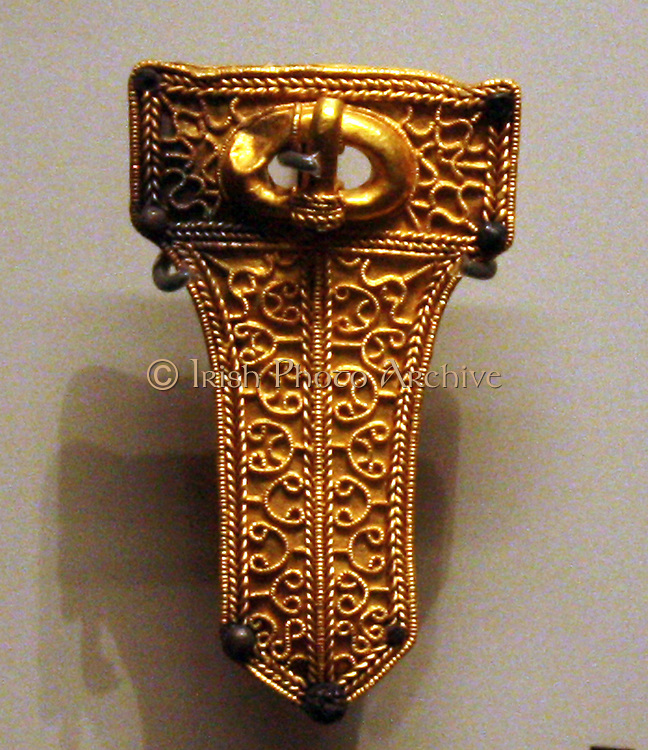