Paranthropus boisei (originally called Zinjanthropus boisei and then Australopithecus boisei until recently) was an early hominin and described as the largest of the Paranthropus species. It lived from about 2.6 until about 1.2 million years ago during the Pliocene and Pleistocene epochs in Eastern Africa. First discovered by anthropologist Mary Leakey on July 17, 1959, at Olduvai Gorge, Tanzania, the well-preserved cranium (nicknamed 'Nutcracker Man') was dated to 1.75 million years old 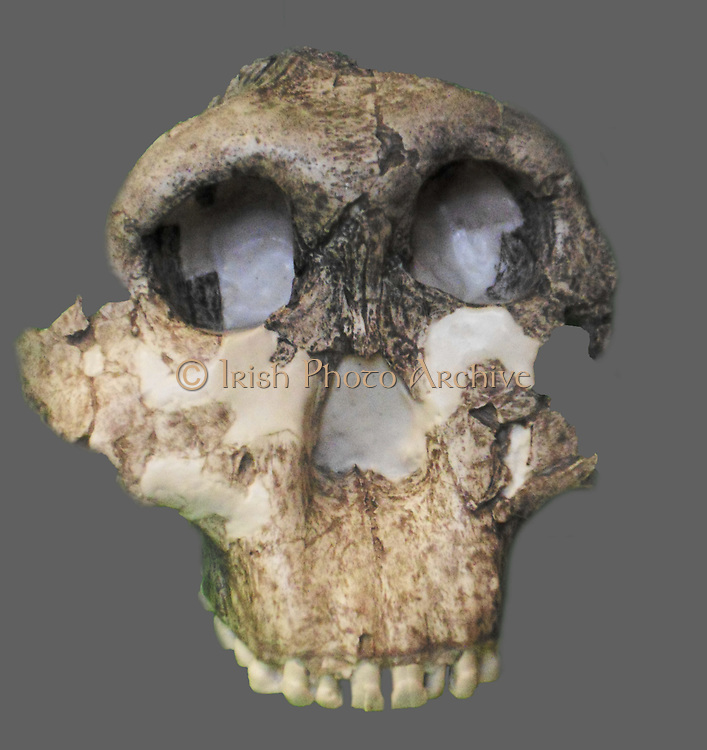