Hubble Space Telescope, ultraviolet image of an electric-blue aurora glowing on the giant planet Jupiter. Auroras are curtains of light resulting from high-energy electrons racing along the planet's magnetic field into the upper atmosphere. The electrons excite atmospheric gases, causing them to glow. The image shows the main oval of the aurora, which is cantered on the magnetic north pole, plus more diffuse emissions inside the polar cap. Though the aurora resembles the same phenomenon that crowns Earth's polar regions, the Hubble image shows unique emissions from the magnetic 'footprints' of three of Jupiter's largest moons. Auroral footprints can be seen in this image from Io (along the left-hand limb), Ganymede (near the centre), and Europa (just below and to the right of Ganymede's Auroral footprint). These emissions, produced by electric currents generated by the satellites, flow along Jupiter's magnetic field, bouncing in and out of the upper atmosphere. 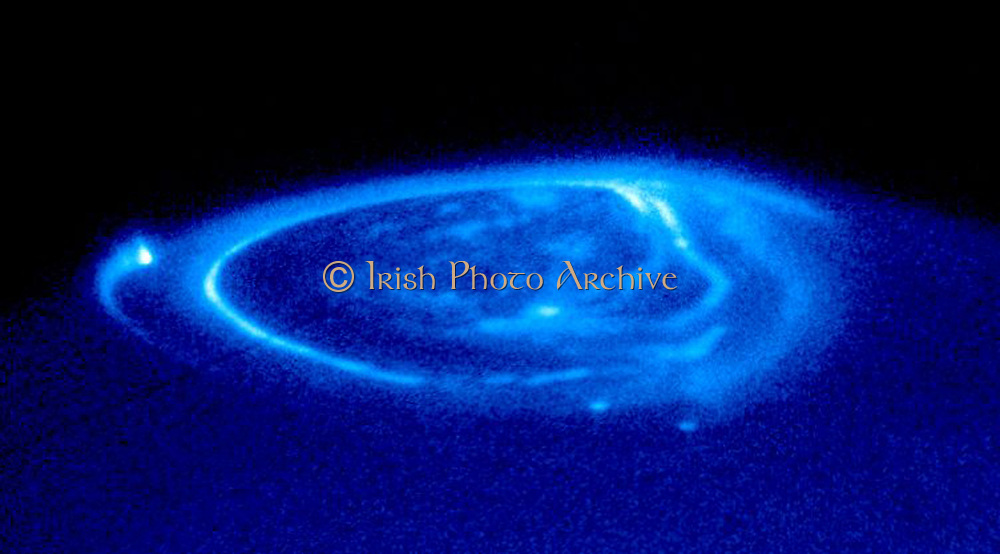