The Portrait of the Four Tetrarchs (A group of four Roman emperors), on the facade of San Marco in Venice, Italy. The Roman Empire was for a time after 293 ruled by a tetrarchy (a group of four rulers), instituted by Emperor Diocletian. The tetrarchy consisted of two Augusti (senior emperors) and two Caesars (younger emperors). The empire was territorially divided into western and eastern halves, with a senior and a junior emperor in each half. After Diocletian and his colleague, Maximian, retired in 305, internal strife erupted among the tetrarchs. The system finally ceased to exist around 313. 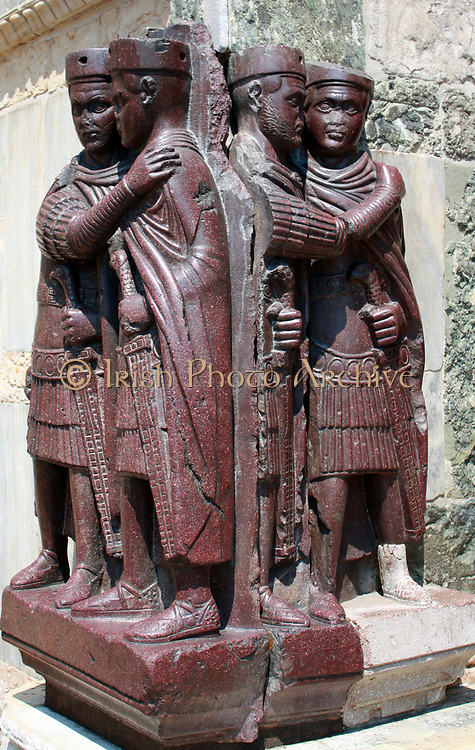