George Wakelyn Harry Smith (1787-1860) British soldier born at Whittelsey, Cambridgeshire, England. He entered the army in 1805 and retired with the rank of Lieutenant-General. During the Napoleonic Wars he served under Wellington in the Peninsular campaign. Shortly after the British victory at the storming of Badajoz (6 April 1812) he married a 14-year old well-born Spanish girl, Juana, and their story is told in the historical novel 'The Spanish Bride' (1940) by Georgette Heyer. Appointed Governor of Cape Colony, South Africa, 1847. The town of Ladysmith, KwaZulu-Natal, South Africa, is named for his wife. Engraving from 'The Illustrated News of the World' (London, c1860). 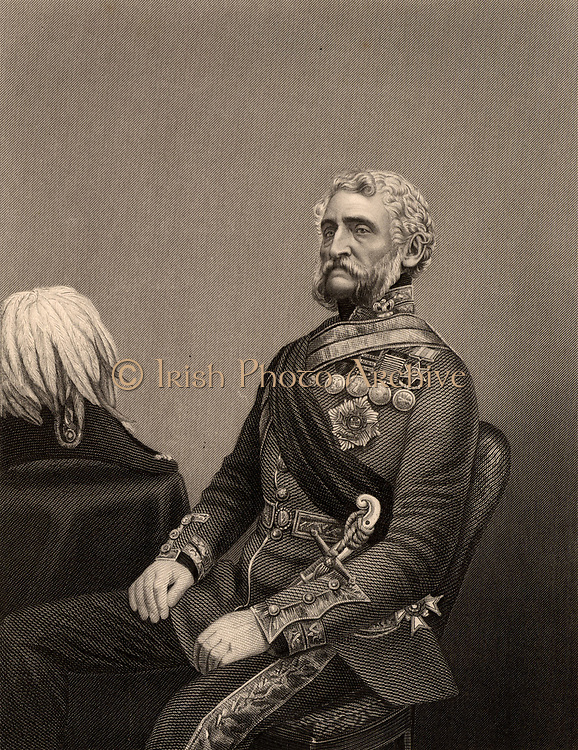