Edward the Martyr (963?-978), English king, son of Edgar whom he succeeded in 975. Killed at Corfe Castle, Dorset, by the treachery of his stepmother Elfrida (Aelfthryth). This picture illustrates the story that Elfrida diverted Edward's attention by giving him a drink as he rode out from Corfe, thus enabling one of her thegns to stab him in the back. From 'The Imperial History of England' by Theophilus Camden (London, 1832). Engraving. 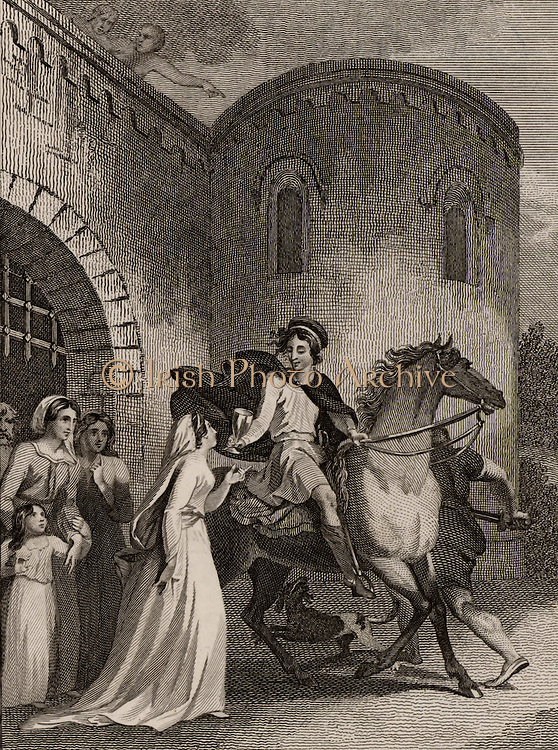