The Roman Collosseum (also known as the Flavian Amphitheatre), an elliptical amphitheatre in the centre of Rome, Italy. Considered one of the greatest works of Roman architecture and engineering. Built from concrete and stone, with construction starting under the emperor Vespasian in 70 AD, finished in 80 AD under Titus. The amphitheatre also underwent modifications during the reign of Domitian. Named for its association with the Flavius family name of which these 3 emperors belonged. The Collosseum seated 50,000 spectators to view gladiatorial contests and performances. It was later repurposed for many other uses. One of the outstanding physical representations of Imperial Rome. 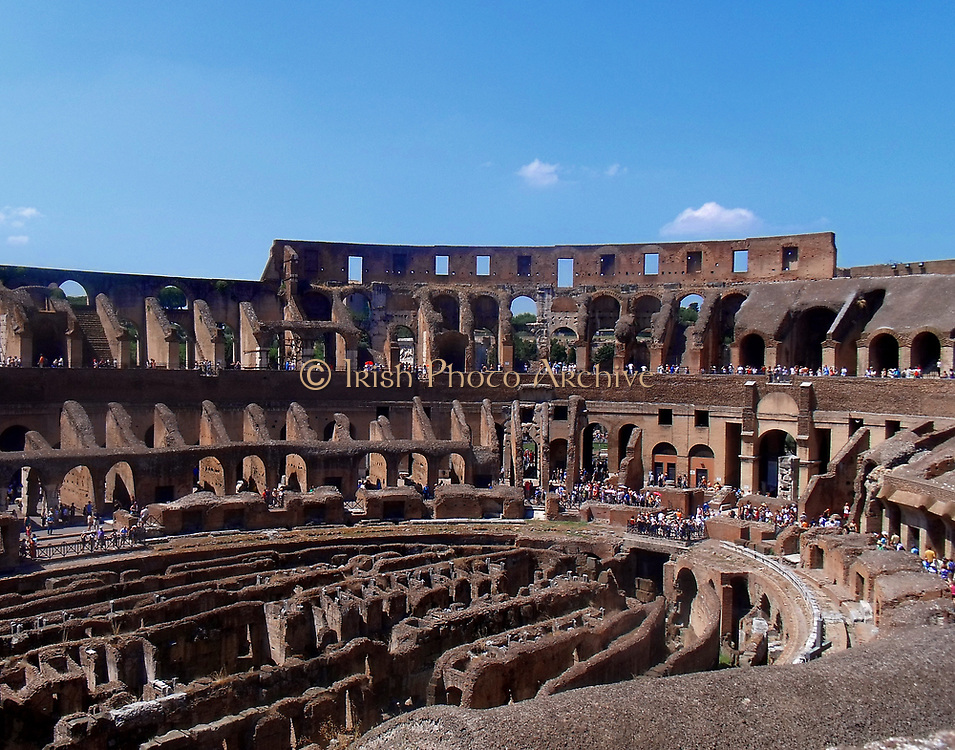