Muhammad Ali In Dublin..1972..11.07.1972..07.11.1972..11th July 1972..Prior to his fight against Al 'Blue' Lewis at Croke Park, Dublin, former World Heavyweight Champion, Muhammad Ali arrives at Dublin Airport..The fight was part of his build up for for a championship fight against the current World Champion, 'Smokin' Joe Frazier. Ali had been stripped of the title partly due to his refusal to join the American military during The Vietnam War,which he had opposed...Photo of Muhammad Ali being mobbed by fans and the media on the tarmac at Dublin Airport. Included in the picture are some members of The Emerald Girls Pipe Band. 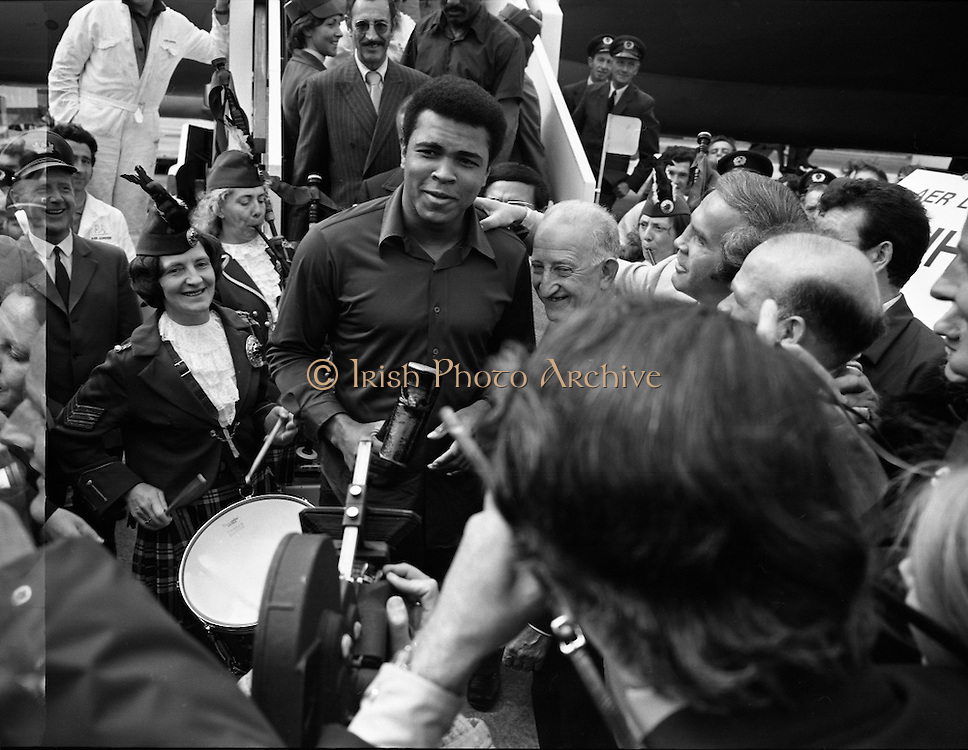