DER EWIGE JUDE, 1937, book of phtographs published by the Third Reich. Dramatic Antisemitic illustration on the cover showing a Jew holding gold coins in one hand and a whip in the other, with the Soviet Union under his arm. Der ewige Jude ('The Eternal Jew'), 1940, was the most infamous Nazi propaganda film. It was produced at the insistence of Joseph Goebbels, under such active supervision that it is effectively his work. It depicts the Jews of Poland as corrupt, filthy, lazy, ugly, and perverse: they are an alien people which have taken over the world through their control of banking and commerce, yet which still live like animals. 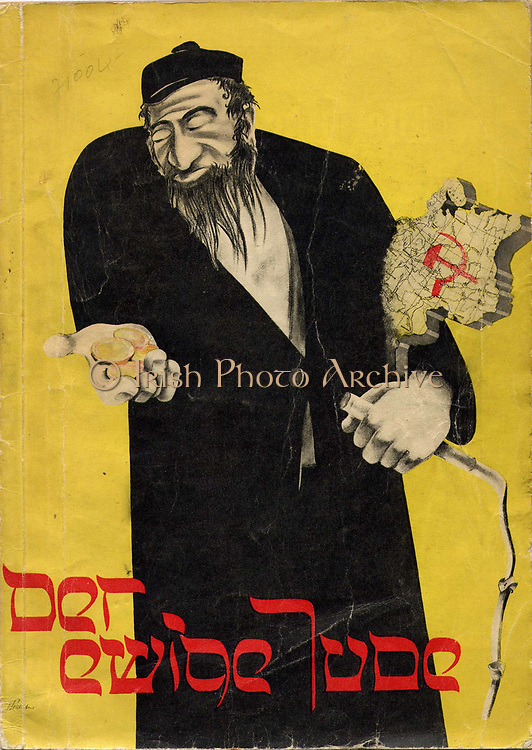