Louis & Lola ? - from Titanic Creator(s): Bain News Service, publisher. Date created / published [1912 April] Medium: 1 negative : glass ; 5 x 7 in. or smaller. Summary: Photo taken before the 'orphans' of the Titanic were correctly identified and returned to their mother. The boys are French brothers Michel (age 4) and Edmond Navratil (age 2). To board the ship, their father assumed the name Louis Hoffman and used their nicknames, Lolo and Mamon. Their father died in the disaster of the RMS TITANIC, which struck an iceberg in April 1912 and sank, killing more than 1,500 people. 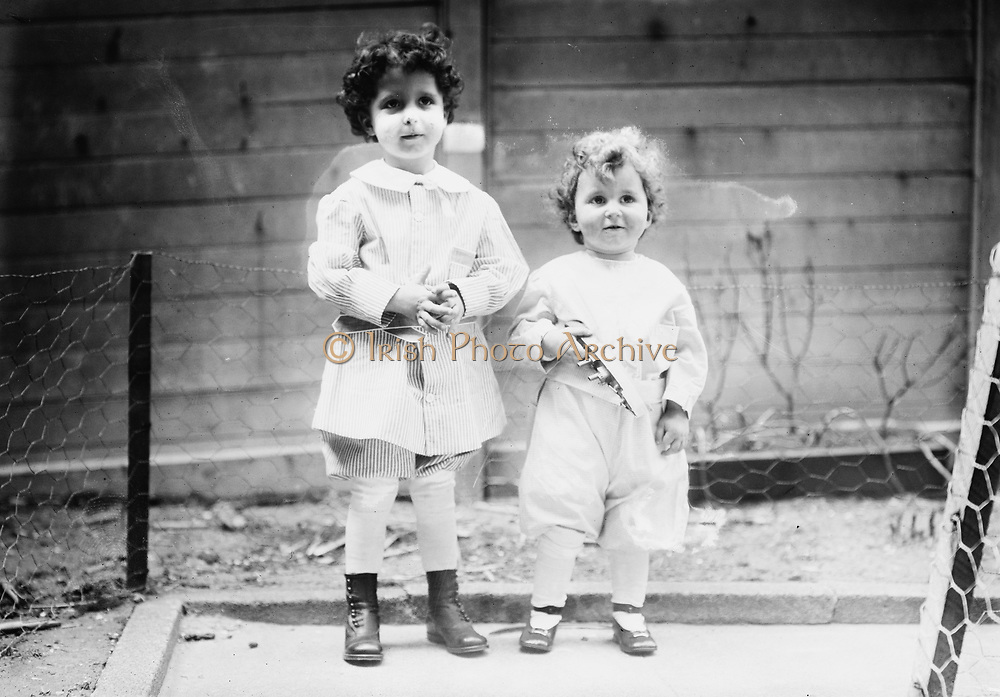