In this artist's conception, a possible newfound planet spins through a clearing in a nearby star's dusty, planet-forming disc. This clearing was detected around the star CoKu Tau 4 by NASA's Spitzer Space Telescope. Astronomers believe that an orbiting massive body, like a planet, may have swept away the star's disc material, leaving a central hole. The possible planet is theorized to be at least as massive as Jupiter, and may have a similar appearance to what the giant planets in our own solar system looked like billions of years ago. A graceful ring, much like Saturn's, spins high above the planet's cloudy atmosphere. The ring is formed from countless small orbiting particles of dust and ice 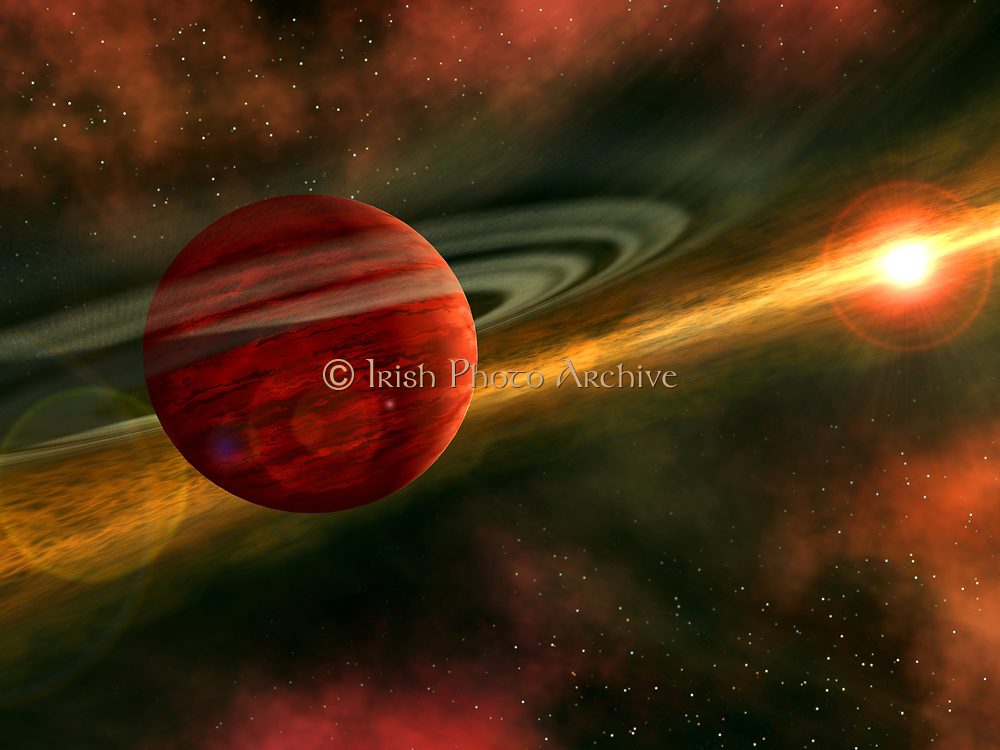