George William Frederick Charles, 2nd Duke of Cambridge (1819-1904). English soldier; cousin of Queen Victoria; field-marshal; commander-in-chief of army 1887. In the Crimean (Russo-Turkish) War 1853-1856 he commanded a division in 1854 and was present at the battles of Alma and Inkermann. Cartoon by Edward Linley Sambourne in the Punch's Fancy Portraits series from 'Punch' (London, 29 October 1881) at the time he was created a Knight of the Thistle. 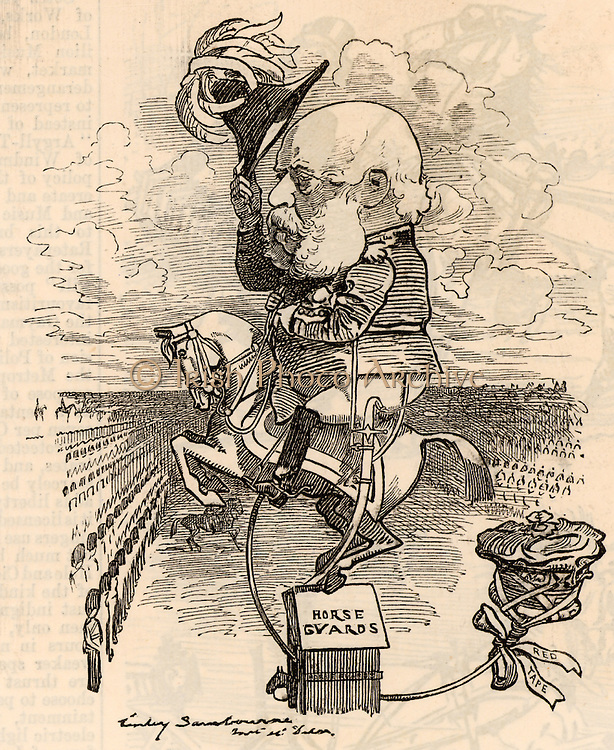