The Monkey's Paw (1902) macabre, Gothic, short story by William Wymark Jacobs (1863-1943 ). The Monkey's Paw allows three wishes each to three people. White buys it from an acquaintance who was the second to have three wishes. White's first wish is for £200. Next day his son is killed at work and the company he worked for offers his parents £200 in compensation. The second wish, at his wife's insistence, is for his son to be alive again, even though he had only recognised the body by the clothing. Here his third wish is answered. As his wife opens the door at the knock of their resurrected son, there is nothing but a rush of cold wind. 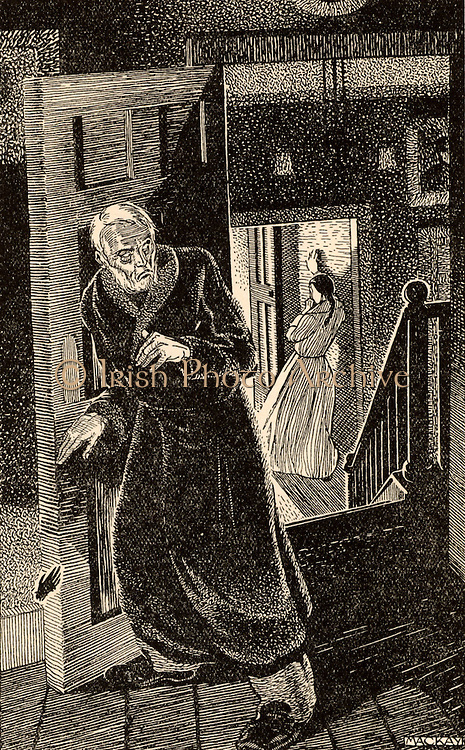