The Piazzetta di San Marco is an open space connecting the south side of the Piazza to the waterway of the lagoon. The Piazzetta lies between the Doge's Palace on the east and Jacopo Sansovino's Libreria which holds the Biblioteca Marciana on the west. The column has a creature representing the winged lion which is the symbol of St Mark. This has a long history, probably starting as a winged lion-griffin on a monument to the god Sandon at Tarsus in Cilicia (Southern Turkey) about 300 BC. The columns are now thought to have been erected about 1268, 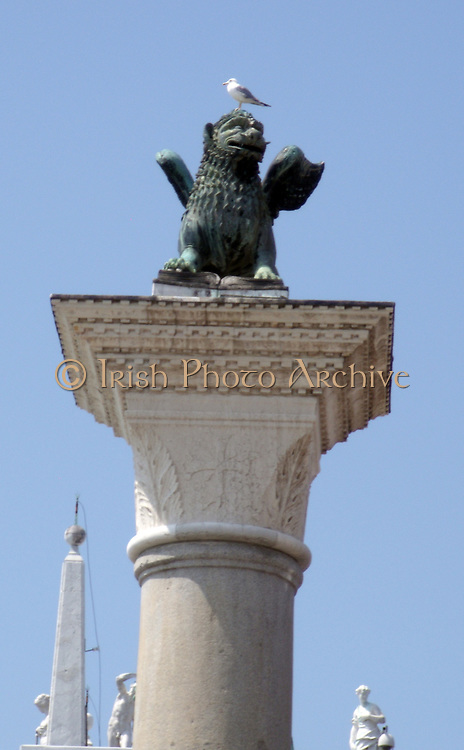