Alexander Wilson (1766-1813) teacher and ornithologist. Born in Paisley, Scotland, he emigrated to America in 1794 and became an American citizen in 1804. Considered by many to be the father of American ornithology. At the time of his death seven of the planned nine volumes of his 'American Ornithology' (1808-1814) had been published. The final two volumes were completed by his friend George Ord. From 'The Naturalist's Library' edited by William Jardine (Edinburgh and London 1839-1854). Engraving. 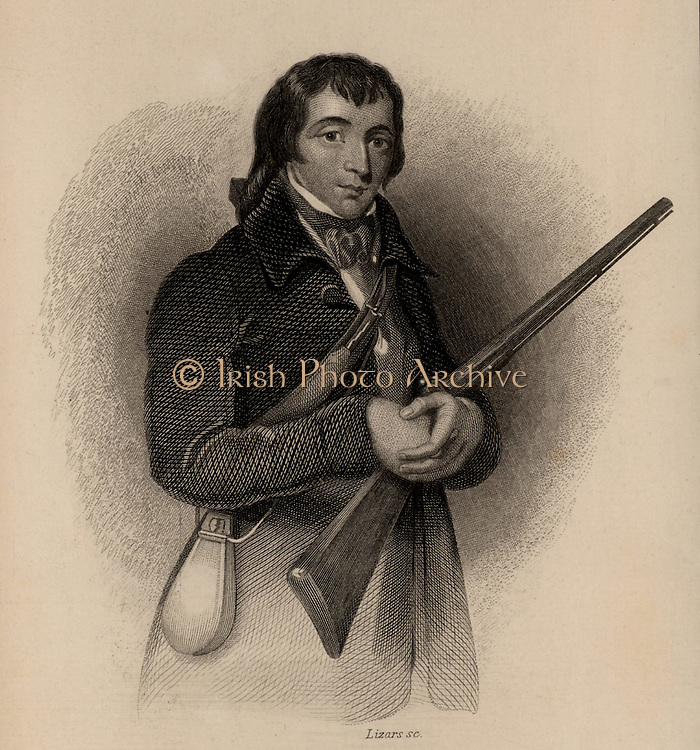