The End of the Forty-Five Rebellion. Charles Edward Louis Philip Casimir Stewart or Stuart (1720-1788), also known as Bonnie Prince Charlie and The Young Pretender, grandson of James II the last Roman Catholic monarch of Great Britain and Ireland, led the 1745 Jacobite rising, landing in the Hebrides in August. He was defeated by the Duke of Cumberland at the Battle of Culloden, 1746, after which he escaped to France. His followers were rounded up by the British army. Etching by William Hole (1846-1917). 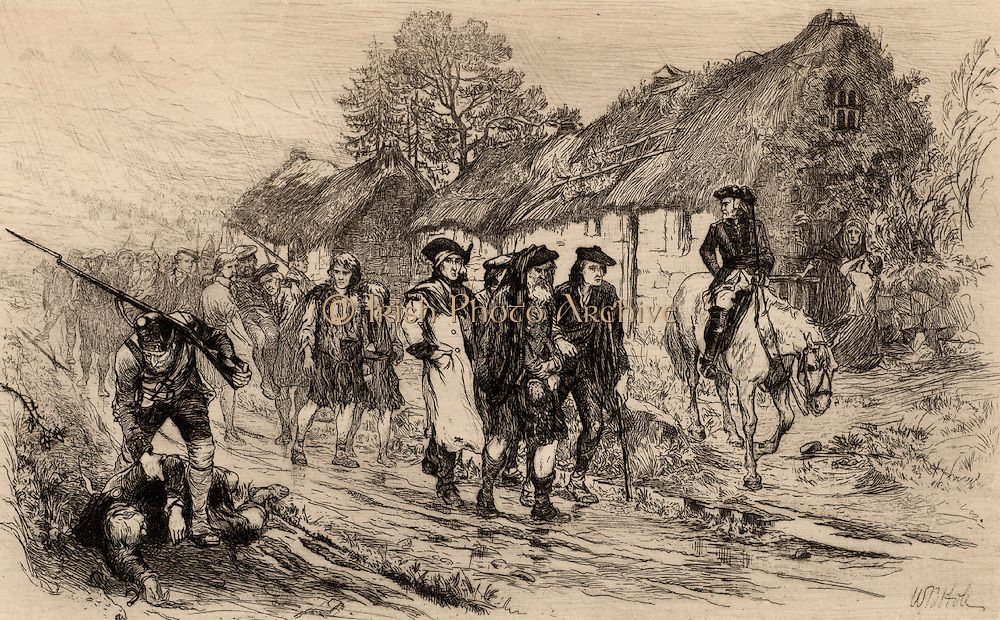