Protest against Ronald Reagan visit to Ireland..1984.04.06.1984.06.04.1984.4th June 1984..In protest against the visit of President Ronald Reagan to Ireland several groups met at the Garden Of Remembrance,Parnell Square Dublin. Among the protesters were The Christian Campaign for Nuclear Disarmament and The Langoni Nine activists. The nine died in an arson attack in the Philippines,a regime supported by the American government.Several religious also took part in the protest. 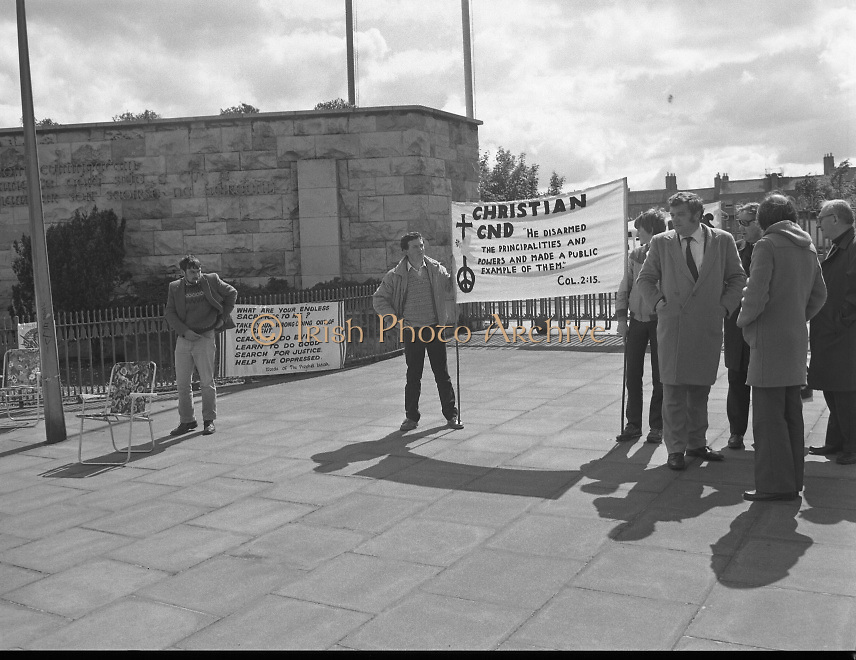