Bust of a granite statue of Ramesses IIFrom Aswan, Elephantine Island, Egypt. 19th Dynasty, around 1250 BC. From the Temple of Khnum. Many of the main attributes of Egyptian royalty are visible on this statue of King Ramesses II (1279-1213 BC). He is shown wearing the two crowns of Upper and Lower Egypt, symbolizing the king's control over the country; in his hands are the crook and the flail, which represent his power over his subject; and on his brow is the uraeus, the cobra snake ready to attack any who dare to oppose him. 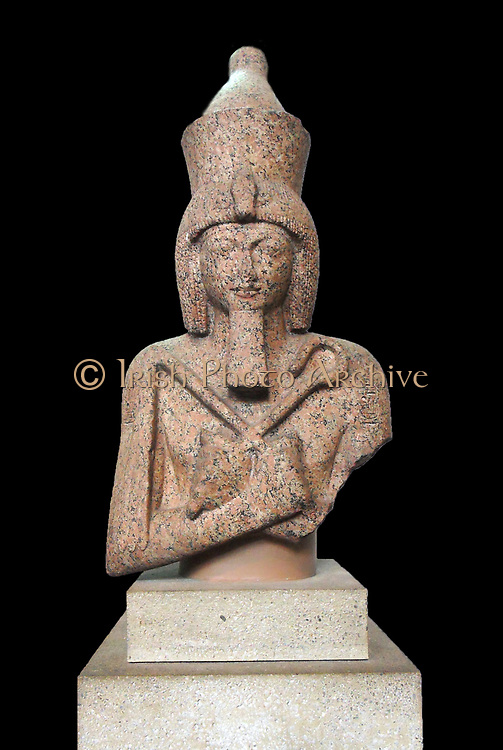