Vietnamese Refugees at Dublin Airport..1985..20.03.1985..03.20.1985..20th March 1985..After the Vietnam war,many European countries opened their doors to the dispossessed. The United Nations and several charities were to the forefront of the campaign to resettle some of the population away from the horrors of a war which had devastated large areas of Vietnam...Image shows the arrival to Dublin of, Pham Thi Thiy, Nguyen thi Dung and Pham Thi Thao. They arrived in Dublin after flying in through Amsterdam. The children were lucky as they had previously settled family, at the airport, to meet them. 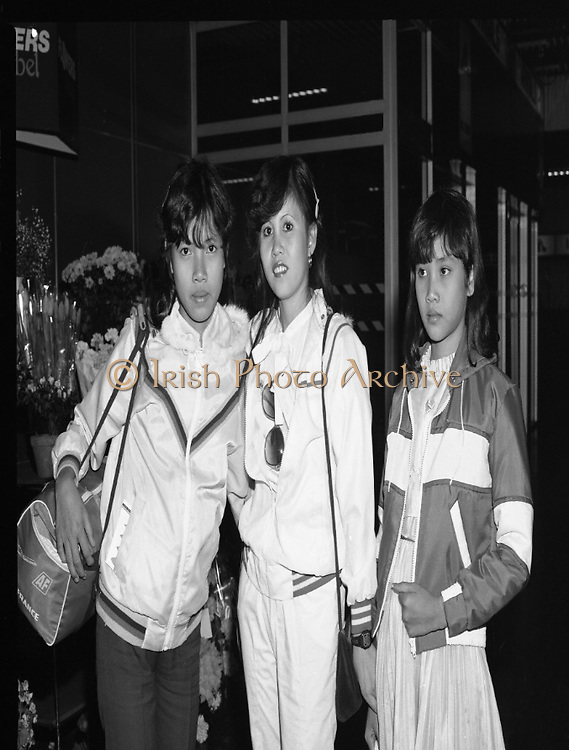