R.Barrett wool merchants were situated at number 46 North Great Clarence Street, Dublin. After the demolition of the neighbouring premises it was taken over and used as the wool merchants and mill. the building is used now by Dlight Studios. for more information reference Dublin City Council LIbraries.
This photograph was taken in 1980.


R.Barrett wool merchants. it was sited at 46 North Great Clarence St.
the houses up to no 45 were demolished when Barretts took it over. there is more info on Dublin City libraries 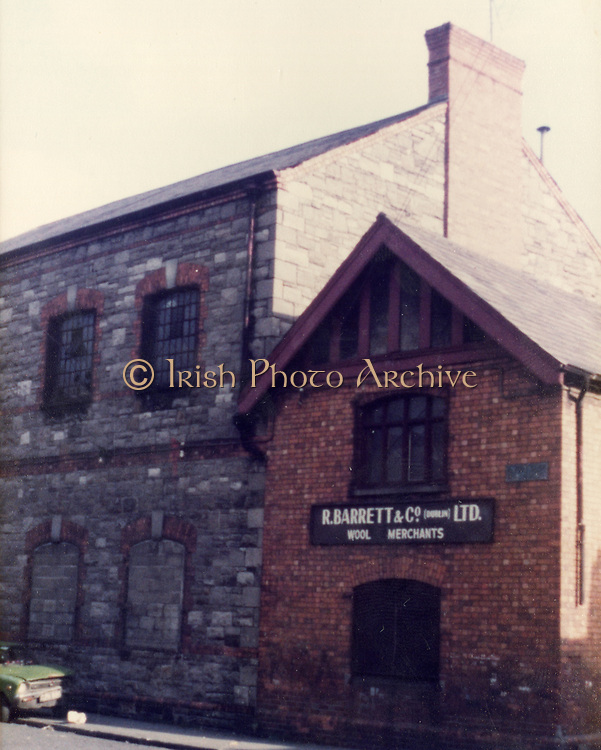