H-Block Protest To British Embassy. (N86)..1981..18.07.1981..07.18.1981..18th July 1981..A protest march to demonstrate against the H-Blocks in Northern Ireland was held today in Dublin. After the death of several hunger strikers in the H-Blocks feelings were running very high. The protest march was to proceed to the British Embassy in Ballsbridge...Picture shows the protest march passing the American Embassy in Ballsbridge, Dublin Second from right in the picture is the author Ulick O'Connor.Riot police are seen defending the American Embassy. 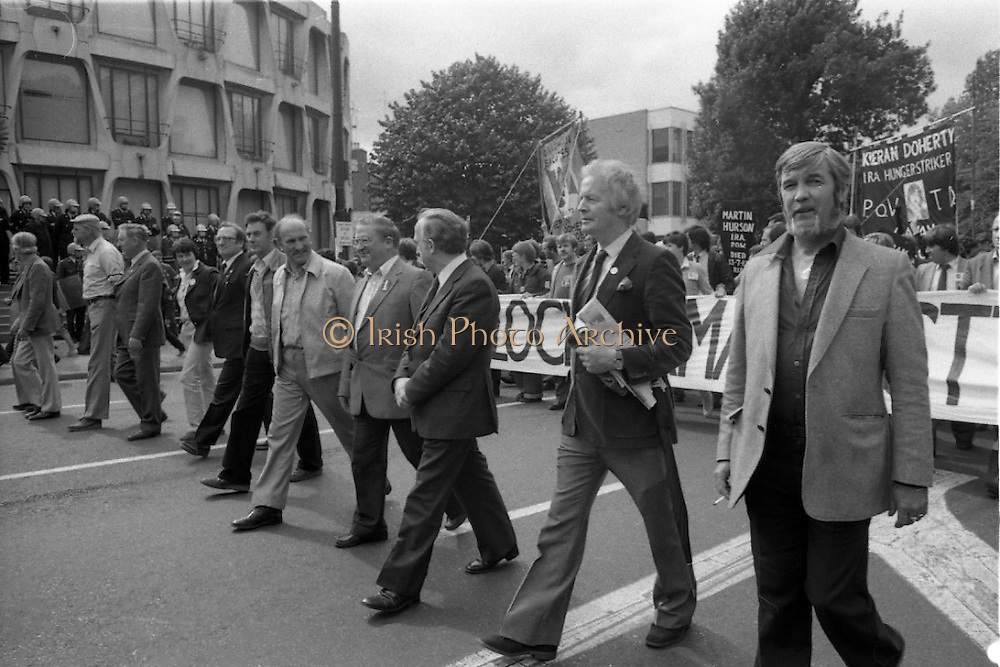