H-Block Protest To British Embassy. (N86)..1981..18.07.1981..07.18.1981..18th July 1981..A protest march to demonstrate against the H-Blocks in Northern Ireland was held today in Dublin. After the death of several hunger strikers in the H-Blocks feelings were running very high. The protest march was to proceed to the British Embassy in Ballsbridge...Image shows banners commemorating the hunger strikers who starved to death in the H-Blocks in Northern Ireland. Bobby Sands,Francis Hughes and Martin Hurson 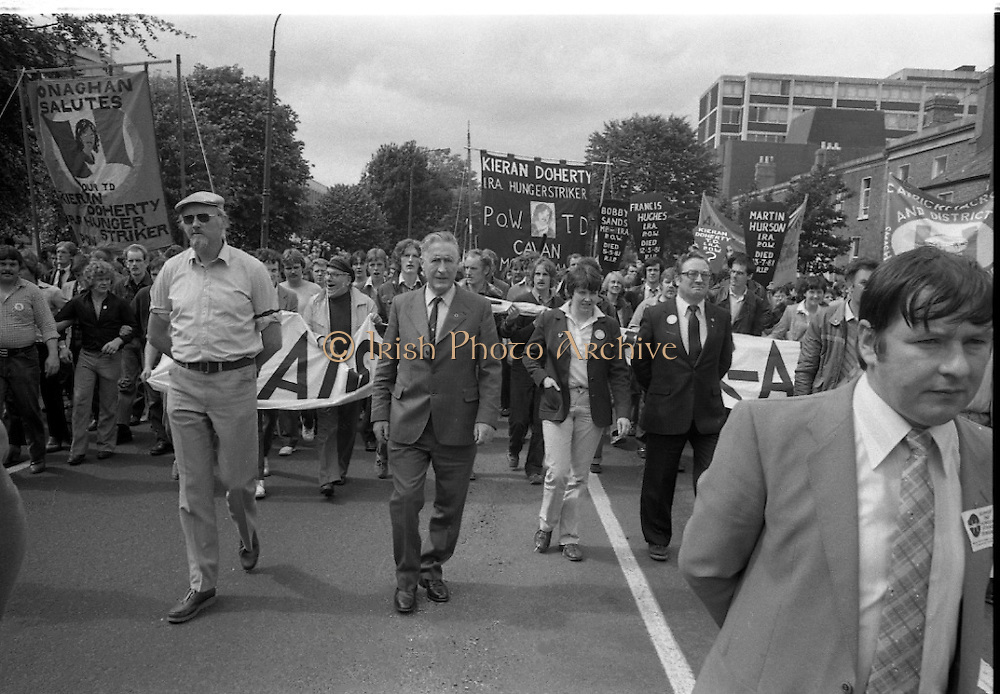