H-Block Protest To British Embassy. (N86)..1981..18.07.1981..07.18.1981..18th July 1981..A protest march to demonstrate against the H-Blocks in Northern Ireland was held today in Dublin. After the death of several hunger strikers in the H-Blocks feelings were running very high. The protest march was to proceed to the British Embassy in Ballsbridge...As trouble starts to break out at the front of the march the crowd tries to back up but is restricted by the crush of people still arriving at the back of the march. 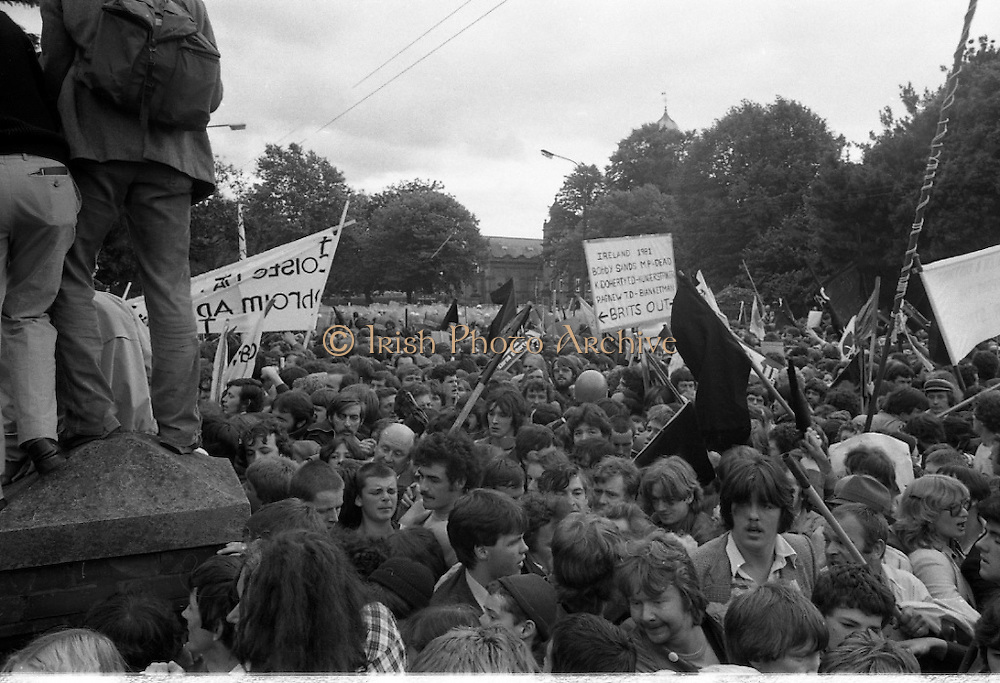