Taoiseach's Election Campaign. (N77)..1981..23.05.1981..05.23.1981..23rd May 1981..On the 21st May the Taoiseach, Mr Charles Haughey, dissolved the Dáil and called a general election. Charles Haughey, Garret Fitzgerald and Frank Cluskey were leading their respective parties into a general election for the first time as they had only taken party leadership during the last Dáil..Fianna Fáil had hoped to call the election earlier, but the Stardust Tragedy caused the decision to be deferred...After sampling his wares Charles Haughey thanks the baker whilst asking for his first preference vote for party colleague, Brian Lenihan. 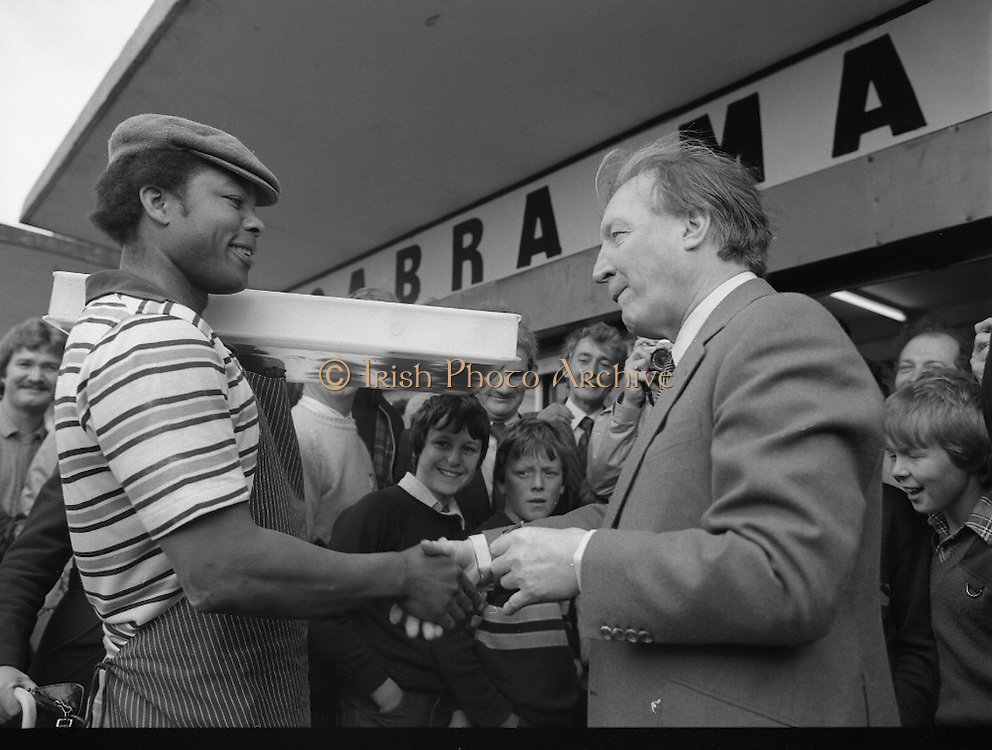