Franciscan Friary Choir Conducted by Licinio Refice at Merchant's Quay.09/05/1954...Licinio Refice (12/02/1883 – 11/09/1954) was an Italian composer and priest. With Monsignor Lorenzo Perosi, he represented the new direction taken by Italian church music in the twentieth century..His first opera Cecilia, about the legend of Saint Cecilia, created a sensation with its premiere in Rome in 1934; Claudia Muzio took the title role. His second opera Margherita da Cortona had its premiere in 1938. A third one, Il Mago (1954), was left incomplete (within the first act)..Refice died in 1954 during a performance of Cecilia in Rio de Janeiro; Renata Tebaldi was singing the title role in the performance.. 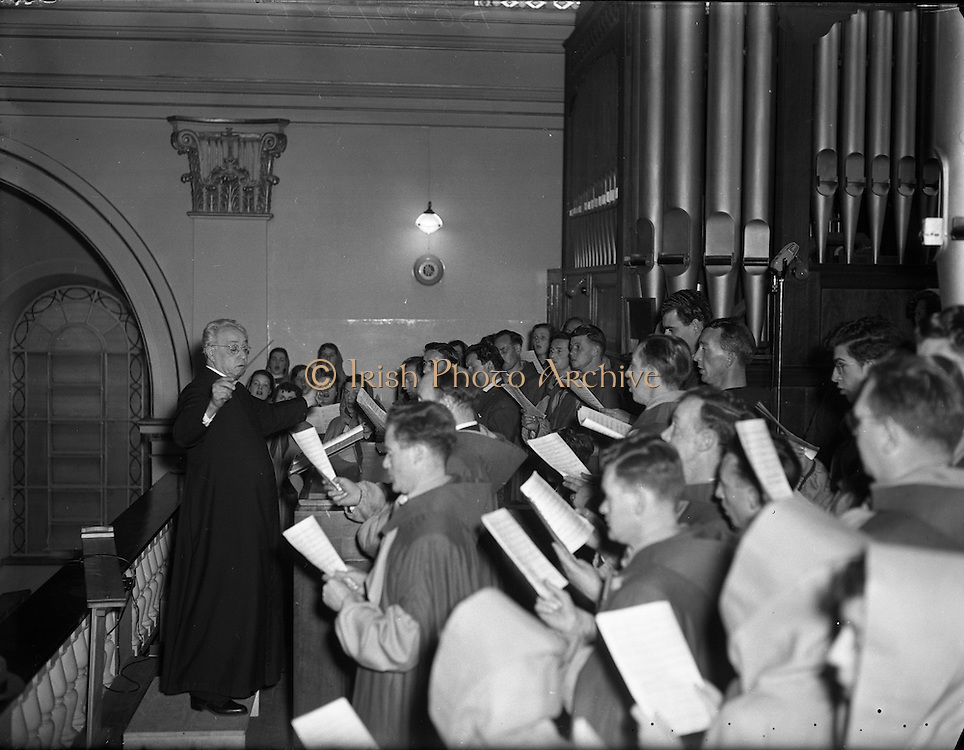